The pre-symphonic period which extends from Romanticism to the final years of the Second Empire still remains littleknown today when this almost seventy years’period is marked by a considerable expansion in organ buildings, and by the birth of a real school of virtuosos. The 20 Pieces, since they make up an essential milestone between Boëly’s still classical art and that of C. Franck; are the best music in adequacy with the French instrument in full transformation in the 1860s. 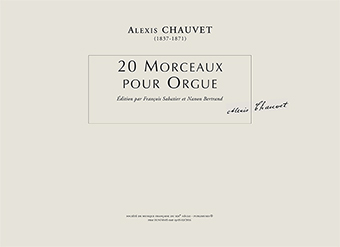 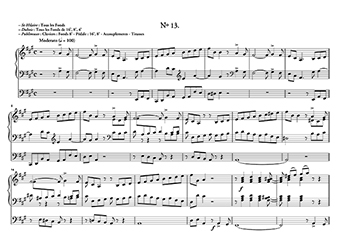 The XV Studies mark a particular stage in the great return to early music which began in France in the early 19th century. Chauvet proposes a tool intended for intellects still unprepared for the polyphonic character of the 18th century music, which he wants to lead smoothly to its perfect mastery. 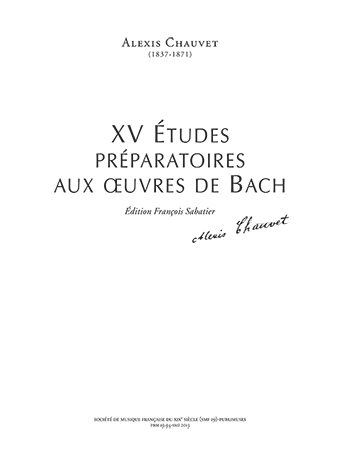 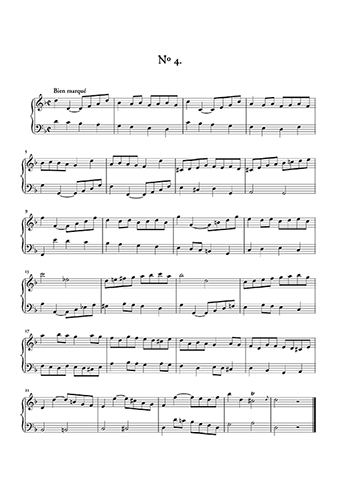 The 9 Offertories are related to a French tradition going back to the Livres d’Orgue in the 17th century. The pieces from the Musée de l’Organiste date from the same period and those from the 20 Pieces (1863). The most remarkable piece from this volume is the Prelude in G minor composed for the Cavaillé-Coll of the villa Maracci: this is one of Chauvet’s first works to be truly conceived in the Cavaillé-Coll aesthetic. As to the 90 Petits Versets, they were composed with a very functional aims and they offer the complete range of the writing possibilities of the time. 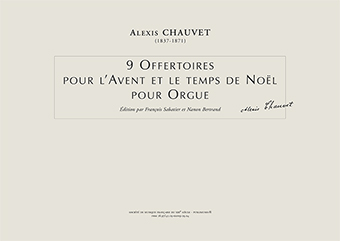 “Considered by his contemporaries as one of the most brilliant organ composers, he published his 20 Pieces in 1862 just before Franck’s Six Pieces. Their popularity is evident in that they were reprinted in 1866, 1894 and 1896. A modern edition is long overdue.”
(Paul Hale, Organists’ Review, February 1996)

“The 20 Pieces are elegantly edited. The interest for these pieces is beyond all question. We wish this interesting publication a favourable issues.”
(J. Ferrard, Magazine de l’Orgue no. 9, June 1994)

“The 20 Pieces benefited of several editions and have been considered until the end of the 19th century as a major work. The music written by Chauvet deserves the best place, what the 20 Pieces proves.”
(L’Orgue no. 228, 4th quarter 1993)

“A didactic curiosity of some value is presented by the reissue of an 1867 volume by A. Chauvet entitled XV Preparatory Studies to Bach's works, a product of the mid 19th century’s rediscovery of baroque music. F. Sabatier has done a splendid job of re-editing these easy Inventions, each about a page long. They fill a gap between Bach’s own Little Preludes and Fugues and the Two-Part Inventions.”
(Classical piano, May-June 1995)

“Alexis Chauvet, a student of François Benoist and Ambroise Thomas at the Paris Conservatoire, holded positions as an organist in several parisian churches, such the Trinity. He got a nickname as ‘little Bach’, that he used to play on many occasions. He was a friend of Franck, who dedicated the Fantaisie in C major to him.
“The compositions by Chauvet shows a fully elegant writing close to the classical French, but modernized with new and subtle harmonies.
“This edition is neatly engraved and includes editorial notes. Original bending.”