Pupil of Philippe Isoré de La Fontaine, Calvière has been organist at St. Germain des Prés, Ste Marguerite and the Ste Chapelle. He also holded positions at Notre Dame and at the Royal Chapel. He was a great admirer of François Couperin, he composed numerous motets, organ and harpsichord pieces. He is reputed as much for his improvisations as for his written music, of which only a short piece was “found” and copied by Fétis.

Written in three parts, this piece is 41 bars long and alternates gracefully between Récit de Hautbois and Cromorne en taille; it shows some ambiguities and suggests that it is a clever pastiche. 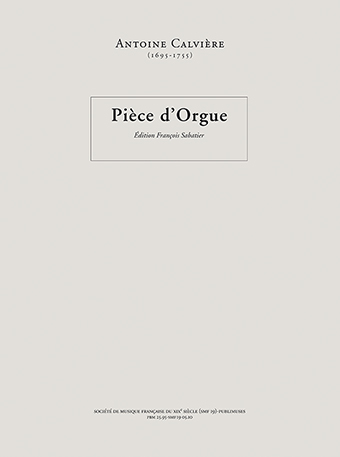 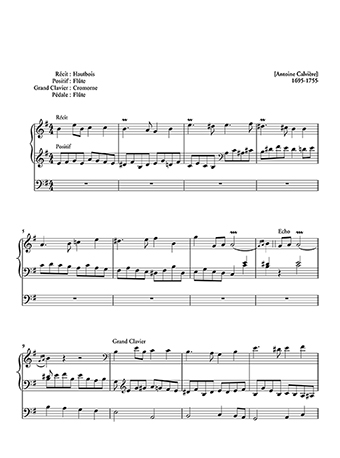