The thirty pieces comprising Niedermeyer’s organ music were entirely published in the journal La Maîtrise. Virtually all the genres of the organ music of the time are represented here ranging from a liturgy without plainsong, the para-liturgical and pieces of purely musical works which are nevertheless suitable for liturgical use.

While Niedermeyer often gives in to the conventions of the time, he occupies nevertheless a significant place in the period before Franck. He composed organ music of average difficulty which are perfectly suited to the instrument. 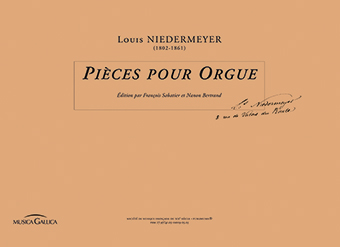 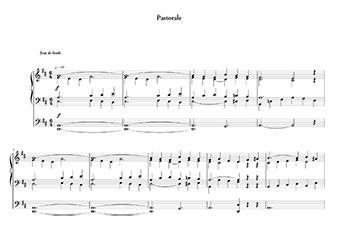 “Niedermeyer left his name to the school of great reputation, that he founded; among many others, that school got students such Loret and Saint-Saëns. When the Niedermeyer’s style writing seems to be a bit severe, it is nevertheless ‘adorned’ with nice melodic lines. Beautiful engraving and editorial notes.”
(A. Macinanti, Arte organaria e organistica, no. 24, September-October 1998)

“Thanks to F. Sabatier and N. Bertrand who bring out works by French 19th century organ composers. We wish to remind the interest for this publication, as well as the musicological job as in a ‘professional’ way: The organists dispose now of documents which help them to extend their repertoire. Graphically speaking, the score is on a high level.”
(E. Kocevar, L’Orgue no. 243, July-September 1997)