Tribute to A. Cavaillé-Coll

Technical info
A fascicle A4. 34-page. Preface in French and English.

Composed between 1998 and 2010, the Organ Book for the Magnificat appears as one of the musician's masterpieces. Daniel Roth revives here a French Marian tradition of the 17th and 18th centuries, taken up by Léon Boëllmann at the end of the 19th century and by Marcel Dupré in the 20th century. But the compositional approach on the one hand, and the scale of the pieces on the other hand are very different: these are no longer verses that are interspersed between the master's interventions to comment on them. It is to the sacred instrument alone that the singing, the commentary, but also the theological reflection are entrusted in order to magnify each of the ten verses of the Magnificat.

If each part of the cycle is dedicated to a friend of the composer, it is a tribute to Cavaillé-Coll, the sound ideal of the Organ Book for the Magnificat being naturally that of the great organ of St. Sulpice. A symphonic instrument, even of modest size, is perfectly suited to the performance of these pieces. 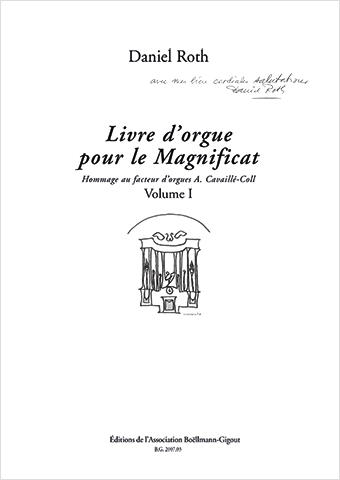 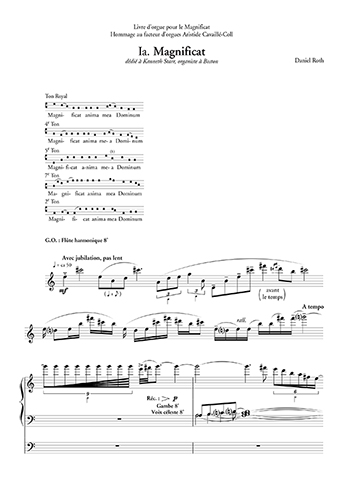 Technical info
A fascicle A4. 28-page. 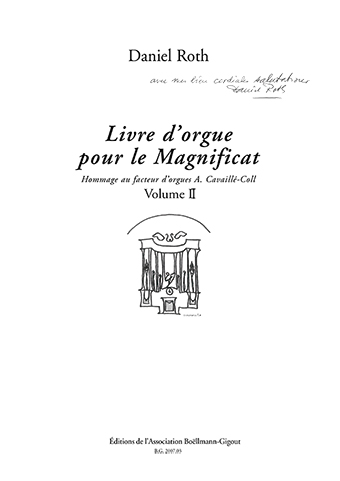 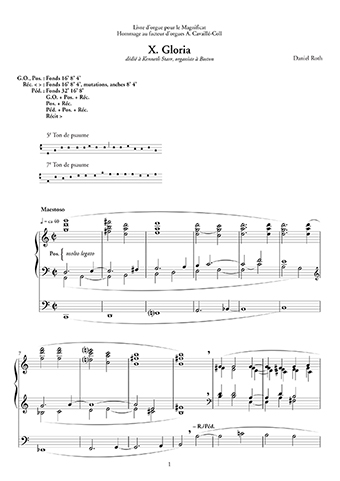